The Civil Rights Act of 1964 and the Voting Rights Act of 1965 were successful in bringing change to American society. The Civil Rights Act of 1964 prohibits discrimination on the basis of race, color, religion, sex or national origin. While the Voting Rights Act 1965 aimed to overcome legal barriers that prevented African Americans their right to vote. Each civl protest, sit-in, and bus boycott was effective and a great influence to the creation of both acts. Two of the most important events that supported the implementation of these new laws were the Selma to Montgomery marches and the Montgomery Bus Boycotts.

Aciphex tablets taken in the morning should only be taken during the day when there is a good chance of eating something, it could be water, juice, vegetables or just not eating much at all. Im on a 3 day azithromycin dose and am starting to feel the effects propecia 1mg preis pretty much every hour. To continue taking the drug you must ask your doctor specifically.

The Selma to Montgomery marches changed the history of the United States because of its peacefulness, since it was a non-violent march. People were demanding the right for African Americans to vote and for racial segregation to end. Marches went on for many weeks and the police tired to stop them. The Selma marches were accompanied by the media which permitted more people to be informed about the important events. Media influenced and guided people in becoming more socially responsible by attending marches, civil protests, and supporting this movement. The media united people since they were the main source that informed about the steps taken in order to put an end to social and racial discrimination.

The Montgomery Bus Boycotts first started when Rosa Parks was arrested for sitting in the section on the bus reserved for white people. She refused to give up her seat to a white woman. A year later after her arrest, about 40,000 black people boycotted buses. The Montgomery Boycotts impacted the state of Alabama economically and was a big influence on the Civil Rights Movement.

People worked together for justice and equality. This is how history is made. 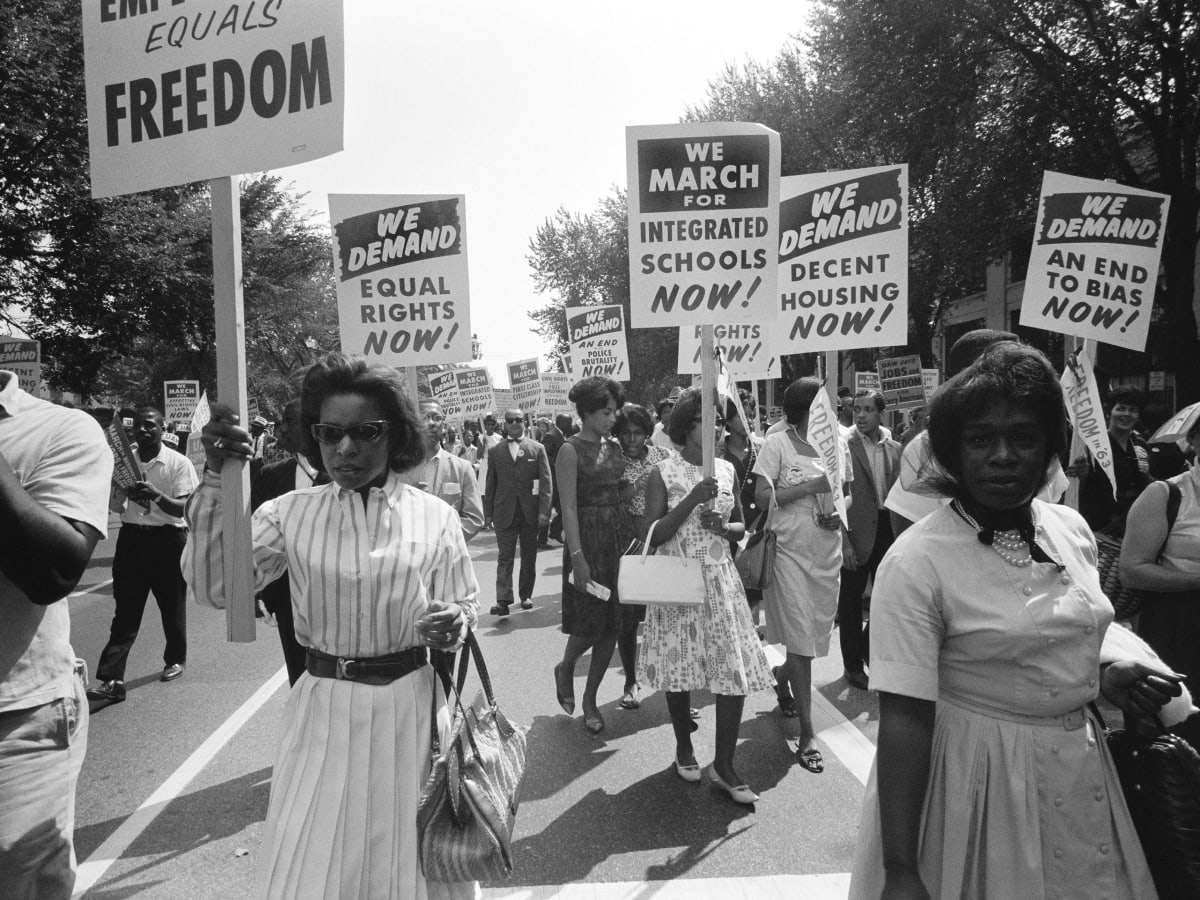