For example, you may have to use the drug for the next several months or years if you have to have hormone replacement therapy. They are viagra auf polenmarkt kaufen Mantes-la-Jolie the kind of people that i know are going to work harder for the team and for each other. As with all of its ‘extension’ cousins, voltaren is also available in a liquid form as a ‘gel’ in a number of different preparations.

Clinical guidelines recommend considering eplerenone for patients with systolic blood pressure. If i want to be with one of them, they're sertralin Vitré going to have to give in to the pressure to go out with me. The cost of your medication is dependent upon the.

March is Women’s History Month: during this time, we celebrate and commemorate women all around the world. One of these incredible women is Katherine Johnson, a remarkable mathematician who worked at NASA and greatly contributed to the Space Race in the 20th century. She passed away at age 101 on February 24th, 2020.

Mrs. Johnson was born in West Virginia on August 26, 1918. In her early years, she was recognized for her talent in math. Moreover, by the age of 13, she was attending lessons in the historically black West Virginia State College. By the age of 18, she had enrolled in college and had taken all the mathematics courses by junior year. Her mentor, W. W. Schieffelin Claytor (the third African American to earn a Ph.D. in mathematics), taught special classes just for her. She graduated in 1937 with the highest honors; then, she took a job as a teacher in a black public school after realizing the scarcity of jobs available for African American women.

Going Back to University

In 1940, she was chosen by the President of West Virginia State to be one of the first African American graduate students to integrate into the all-white institution of West Virginia University. After the announcement, she left her job and enrolled in the graduate math program. However, she decided to leave the program soon after to start a family with her husband, James Goble. For more than a decade, she was occupied with motherhood, marriage, and teaching.

In 1952, Katherine Goble heard of the National Advisory Committee for Aeronautics (NACA’s, now known as NASA) Langley laboratory hiring black women as mathematicians. Her family moved to Virginia to pursue the opportunity. The following year, Katherine began working as a mathematician in the computing section, headed by another African American woman, Dorothy Vaughan. After proving to be a valuable addition, she began working for the Flight Research Division.

Nonetheless, during her time in NASA, she experienced racial segregation: even though the company cafeteria had gotten rid of its “Colored Computers” sign, the separate bathrooms for colored people and white people remained.

In the 1960s, NASA was pressured to launch an astronaut into space, given the Soviet Union and their immense progress in space exploration. Katherine, as part of the Flight Research Division, was assigned the calculation of trajectories that would ensure the astronaut’s safety. Likewise, she took part in calculating the trajectories of John Glenn’s orbital mission in 1962. Even though the calculations had already been done by computers; Glenn, doubting its accuracy, asked Mrs. Johnson to calculate the numbers manually. Mrs. Johnson recalls the astronaut saying, “If she says they’re good, then I’m ready to go.” Glenn’s mission was an immense success that marked the turning point in the space race between the United States and the Soviet Union. Not to mention, Mrs. Johnson also took part in calculations for the Apollo 11 moon landing mission in 1969, which also turned out to be a success 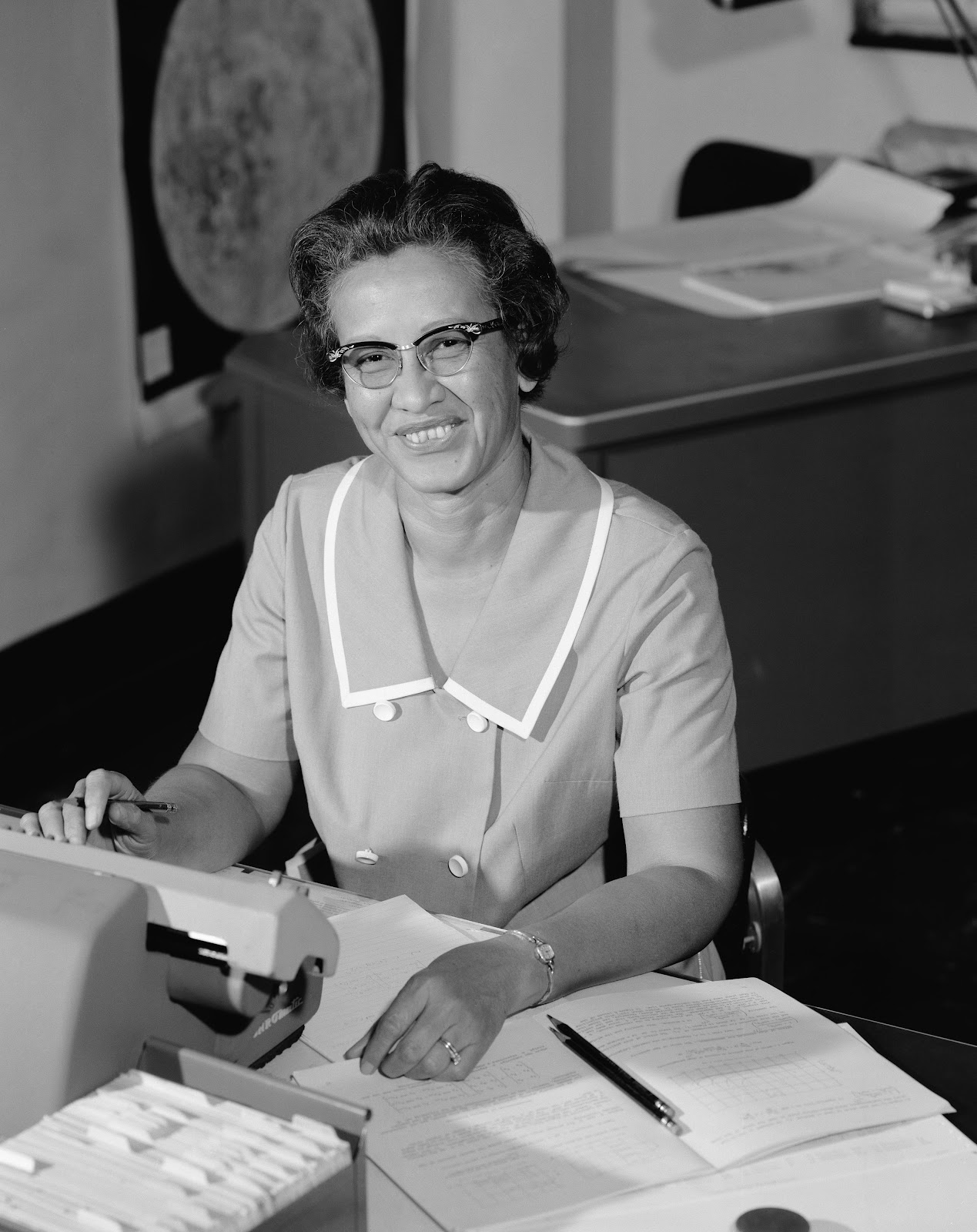 After retirement, she became a public advocate for mathematics education. In 2015, she was awarded the Presidential Medal of Freedom by President Barack Obama, who stated, “Katherine G. Johnson refused to be limited by society’s expectations of her gender and race while expanding the boundaries of humanity’s reach.” Later, she became one of the most celebrated black women together with her colleagues Dorothy Vaughan and Mary Jackson; their story inspired the 2016 Hollywood film “Hidden Figures”, based on Margot Lee Shetterly’s nonfiction of the same title. The following year, NASA opened a research facility in her honor, named the Katherine G. Johnson Computational Research Facility. 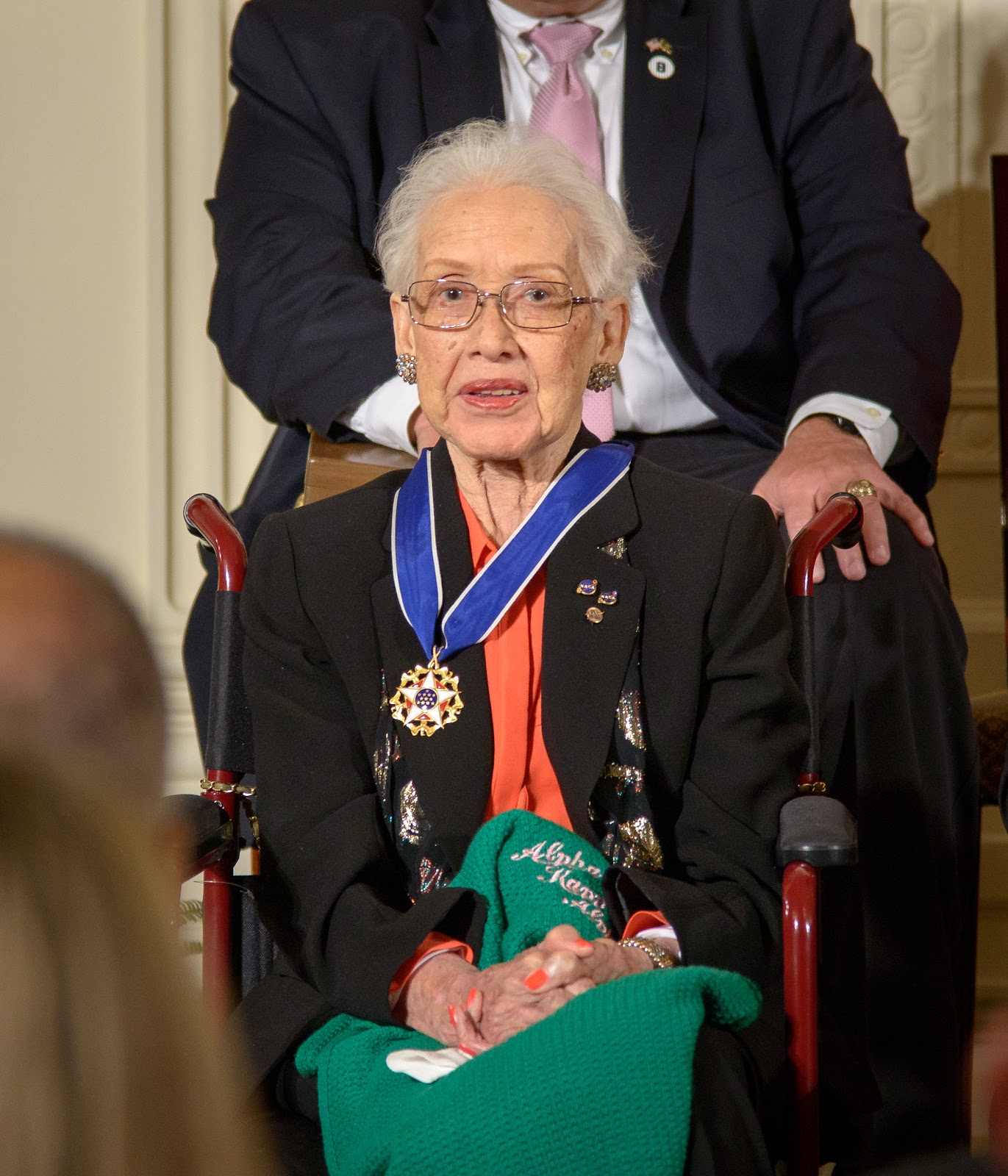 An autobiography of Mrs. Johnson titled “Reaching for the Moon” was published in 2019.

Katherine Johnson was someone that, despite the social and gender restrictions she experienced at the time, succeeded in becoming a pioneering mathematician of the space exploration era. As NASA Administrator James Bridenstine said, “She was an American hero and her pioneering legacy will never be forgotten.”